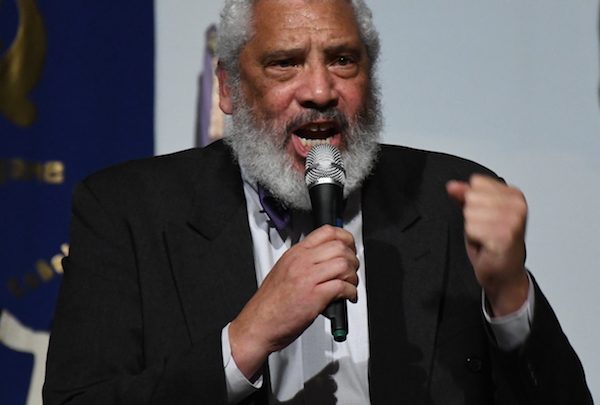 District residents are heavily debating the merits of a new halfway house in the city instead of staying with the present facility, and many returning-citizens activists want change.

Core DC wants to locate a new men’s halfway house facility in Ward 5 that would replace Hope Village in Ward 8. In November, the Federal Bureau of Prisons awarded Core DC a contract to open a reentry center in Ward 5 to the chagrin of those in the neighborhood.

Opposing forces mounted a challenge to Core DC’s halfway house victory on Feb. 21, taking the issue to the General Accountability Office of the U.S. Comptroller of the United States.

Core DC CEO Jack Brown wrote in an op-ed in. the Jan. 14, 2019, edition of The Washington Informer about the desire of his organization to operate a safe, neighborhood friendly halfway house in Ward 5.

“Mission-driven, our organization helps former inmates, homeless families, runaway youth and others transform their lives for the better by providing structured, transitional housing and access to critical social and supportive services,” Brown wrote.

Brown said residents of the halfway house will be assisted by case managers and social service coordinators with a comprehensive assessment and develop a reentry plan in addition to being paired with a full-time job placement specialists “who help them secure livable wages and meaningful employment.” He also said halfway house residents will be taught skills such as relationship and financial management.

Brown said he realizes there are critics of his organization.

“Unfortunately, misinformation and falsehoods have circulated and stood in the way of a fruitful dialogue with members of the community who had questions about public safety,” he said. “While I cannot speak to the security conditions at transitional reentry centers operated by other providers, I can proudly assure you that Core works tirelessly to achieve the absolute highest standard of security. In fact, our New York City facility has been lauded in regular reviews by Federal Bureau of Prisons for the high quality of our community relations and Core’s success in maintaining accountability of the residents.”

He said transitional reentry centers bring a socioeconomic benefit to the communities they, serve by facilitating the transition from inmate to stable, wage-earning members of their families and communities. Debra Rowe, the executive director of Returning Citizens United, supports Core DC.

“I have been aware of problems at Hope Village for a long time,” Rowe said. “We label it ‘Hopeless Village’ and we have even talked to [D.C. Del.] Eleanor Holmes Norton about it, but no action has been taken. A returning citizens’ advocate, Courtney Stewart, visited a Core facility in New York and was impressed with what he saw. We also did our research and found that Core DC is the best in terms of running the new men’s facility.”

Rowe said she had heard stories about inmates being treated horribly. She said low morale among the inmates and the lack of professionalism among the staff are pervasive throughout Hope Village.

“It is my understanding that the majority of the staff is female and they don’t know how to relate to the inmates so some of them talk down to them,” Rowe said. “In addition, the inmates have to deal with Hope Village contractors in the areas of mental health and employment and the inmates should have the right to choose with whom they want to deal with.”

Eric Weaver, who serves as the chairman of the National Association for the Advancement of Returning Citizens, said he has been in Hope Village and thinks CORE DC has better ideas on how inmates are treated.

“Hope Village needs to upgrade in the areas of its personnel and its programs,” Weaver said. “I like Core DC because they have been transparent in what they want to do and their program, I think, is better than Hope Village’s. Hope Village has a lot of problems it needs to fix.”

The Rev. Graylan S. Hagler, senior pastor at the Plymouth Congregational United Church of Christ, participated in the April 2 broadcast of the “Crossroads” radio show hosted by returning-citizens activist Roach Brown. Hagler said Core DC won the contract “fairly” and “some ol’ boy politics and the ol’ boy system” seek to deny them the contract.

“Hope Village refuses to deal with sex offenders and that is why they lost out,” Hagler said.

Hagler works as a part of an ad hoc group that seeks to make sure Core DC gets its contract. The group includes leading District pastors such as the Rev. William H. Lamar IV of Metropolitan AME Church, the Rev. Frank D. Tucker of the First Baptist Church and the Rev. Marvin Owens of the Michigan Park Christian Church as well as returning citizens advocates Rowe, Ron Moten, Al-Malik Farrakhan and Tyrone Parker of The Alliance of Concerned Men.