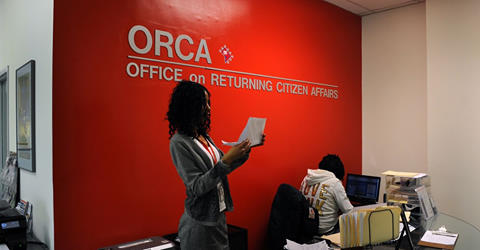 Despite a hot jobs market, Washington and the nation are confronting a quiet employment crisis: legions of formerly incarcerated individuals who have little or no hope of becoming productive members of society because of fears, prejudices and other barriers they face to entering the workforce.

If anyone has doubts about the scale of the problem, consider this: More than 8,000 ex-offenders return home to Washington annually, at a time when the unemployment rate for formerly incarcerated individuals is estimated by some to be as high as 27 percent nationally.

We all have an interest in providing them the kind of support to enable them to return to the workforce. Without it, they face the possibility of slipping into despair and homelessness — or back in prison. This support includes safe and secure housing as well as vocational training.

This is where socially responsible reentry centers — also called halfway houses, a term loaded with baggage — can make a difference. The mission of reentry centers is to provide job training, housing, transportation and other temporary support for these individuals, a group that is disproportionately made up of black and Hispanic men. The centers also provide strict rules, constant monitoring and compassionate counseling on deeply personal issues.

The centers also help these men with the challenge of readjusting to a world that has changed dramatically since they were sent to prison years earlier. Consider that a man released after serving 20 years in prison may never have used a personal computer or seen a smartphone and be bewildered by smart TVs, Metro cards and parking meters that issue receipts. It is not surprising, then, that roughly 43 percent of District residents who are on parole, probation or supervised release are unemployed.

Policymakers ought to take a hard look at what some — though not all — reentry centers have been quietly doing to make a meaningful difference in the lives of the formerly imprisoned, their families and communities.

I draw from years of experience as the president of CORE Services Group, a human services and community development organization. Our organization operates residential reentry centers that specialize in providing housing and targeted skills training. In addition, we work with our clients to help them develop a sense of self-worth.

Even though reentry centers are a pathway to successful transitions, discussions about their role too often become mired in rumor and falsehood. Not because people are narrow-minded and callous. Rather, the issues are complex and easily confused or distorted. Fear takes hold, and misimpressions become truth. At least this has been my experience.

Regrettably, this dynamic is playing out to some degree in Ward 5 in Northeast Washington, where CORE’s proposal to open a transitional reentry center has stalled after community concerns were raised. In November 2018, CORE was awarded a Federal Bureau of Prisons contract to open a reentry center in Ward 5, but the project is now in jeopardy. Good people — well-meaning people — are upset. Perhaps shedding a little light on this subject will help allay some of the concerns.

Let’s start here. As I said, the men (only about 7 percent of federal inmates are women) coming out of prison and into reentry centers are largely black and Hispanic. Though they have been relegated to society’s margins, they are not strangers: They are our sons, brothers and fathers. The job of reentry centers is literally to welcome them home.

The CORE curriculum has been tested and refined over two decades. Upon arrival, residents complete a comprehensive assessment. Based on the results, they are paired with case managers and social services coordinators who guide development of an individualized reentry plan. Residents enroll in workshops ranging from résumé-writing and interviewing skills to how to knot a tie and use the Internet. When they are ready, residents work closely with full-time job-placement specialists who help them secure meaningful employment at local businesses.

To best serve its residents, the District needs a comprehensive approach capable of providing these men the vocational skills they need, open access to a broad array of health-care services, and supports to reunify families and address other challenges.

Until we do this, our neighborhoods will be disrupted by high levels of recidivism and cycles of crime and punishment and broken families. This is the inevitable result of a society that fails to temper justice with mercy and common sense.