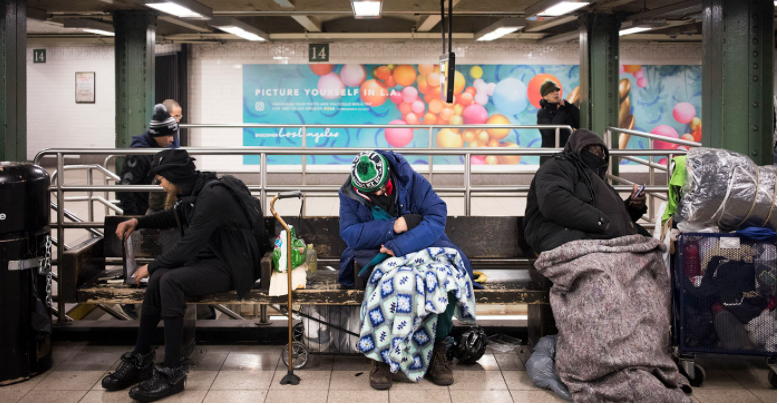 CORE Services in Search of Fairness

NNPA NEWSWIRE — Among the claims made by the de Blasio administration — and, in particular, the New York Department of Homeless Services — is that CORE hid from DHS officials its organizational structure and its use of several subsidiaries to provide food, security and other services at shelters. But CORE has countered that it has “overwhelming documentary evidence – including documents referenced in the Complaint” – that show company officials routinely made detailed disclosures to the city.

Under the leadership of Jack Brown, the non-profit CORE Services Group, Inc. has provided services to thousands of homeless residents in New York City for nearly 20 years and made a name for itself as the social-service agency that the city turned to in times of crisis, including the pandemic.

Despite its years of service to New York City, the de Blasio administration in its final days in office decided to cut ties with CORE on what a number of critics say are trumped-up claims — and then ordered the non-profit to repay $2.3 million for “excessive executive salaries.”  In recently filed court documents and interviews, however, CORE officials slammed the administration as disingenuous and duplicitous – and pointedly noted that the de Blasio administration merely wanted a way to get out of paying CORE more than $30 million for work the organization has done on the city’s behalf.

“While the lawsuit attacks CORE, the real story here is about how the de Blasio Administration knowingly used the services of CORE, a minority-founded not-for-profit, to provide tens of millions of dollars in services to homeless New Yorkers and then failed to pay CORE for the contracted services,” the documents said.

Among the claims made by the de Blasio administration — and, in particular, the New York Department of Homeless Services — is that CORE hid from DHS officials its organizational structure and its use of several subsidiaries to provide food, security and other services at shelters. But CORE has countered that it has “overwhelming documentary evidence – including documents referenced in the Complaint” – that show company officials routinely made detailed disclosures to the city.

“[The] DHS was well aware that CORE was obtaining essential services and supplies from CORE’s wholly owned subsidiaries within budget, and that rather than complaining about CORE’s use of subsidiaries, DHS approved them, relied on CORE and its subsidiaries for emergency interventions and rated CORE as one of its best service providers,” CORE said in recently filed court papers in which CORE seeks dismissal of all claims with prejudice.

“CORE appeared to be well on the way to fulfilling Jack Brown’s vision of a better way,” Crump said. “For more than a decade under his leadership, CORE has provided innovative, high-quality residential and supportive services that have enabled homeless individuals to feel safe, find shelter and be empowered to contribute to their community.”

In addition to the litigation, both Brown and CORE have been the recent targets of a series of attacks and leaks to the media from the Department of Homeless Services and former officials from the now departed de Blasio administration, according to sources. The press, for instance, seized on the city’s charge that Brown has not been fully transparent on CORE’s corporate structure, the relationship between CORE and its for-profit subsidiaries, and that members of Brown’s family also worked for the company.

One New York Times story also claimed CORE channeled contracts worth about $32 million into for-profit companies affiliated with Brown, which put him in the position to earn more than $1 million annually. According to ’CORE’s recently filed court papers, CORE provided evidence of its full transparency: a 2017 letter to the New York City Department of Homeless Services explaining its “newly formed corporate structure,” including wholly owned subsidiaries of CORE Services Group, Inc. — a structure “used by peers in the both the nonprofit and for-profit sectors”

“Notwithstanding these undocumented and conclusory claims, the truth is that in all relevant respects, CORE’s house is in order, but the de Blasio Administration’s house was not,” CORE said in court documents. “CORE was transparent with DHS regarding CORE’s structure, leadership and operations, and DHS understood and accepted the salient facts of how CORE was operating.”

Regarding the New York Times story, the paper’s main criticism focuses on Brown’s salary and compensation.

“The article’s main criticism appears to be that Mr. Brown, a talented African American businessman, is compensated too generously – about $1 million on what CORE says is an annual revenue of $132 million in 2019,” said Dr. Wilmer Leon, III in a column titled, “An Unfair Attack on an Organization Making a Difference.”

Leon added: “What the article was not interested in exploring, however, is how Mr. Brown built an organization that has sought to routinely innovate and create new models for delivering its services in a challenging environment – so much so that New York City’s DHS has clearly come to depend on CORE through the years.”

As President Joe Biden goes through the process of choosing the first Black woman nominee for the US Supreme Court, it is also hard not to view CORE’s battle with New York City Department of Homeless Services without taking race into account as the competence and abilities of Black professionals almost always come under attack from certain critics seeking to undermine them and their abilities regardless of the experience and expertise they bring.

Ike Brannon, a senior fellow at the Jack Kemp Foundation and a former senior economist at the U.S. Treasury Department, said he hopes New York City’s new mayor, Eric Adams, will revisit the issue and correct what he considers to be unnecessary and unjust attacks on CORE and Brown.

In the meantime, the city owes CORE more than $30 million for services rendered and is moving to terminate ’CORE’s contracts with the Department of Homeless Services.

“With luck,” Brannon wrote, Mayor Eric Adams “will focus on solving problems first and not worry about the ideological motivations of those helping to do so.”