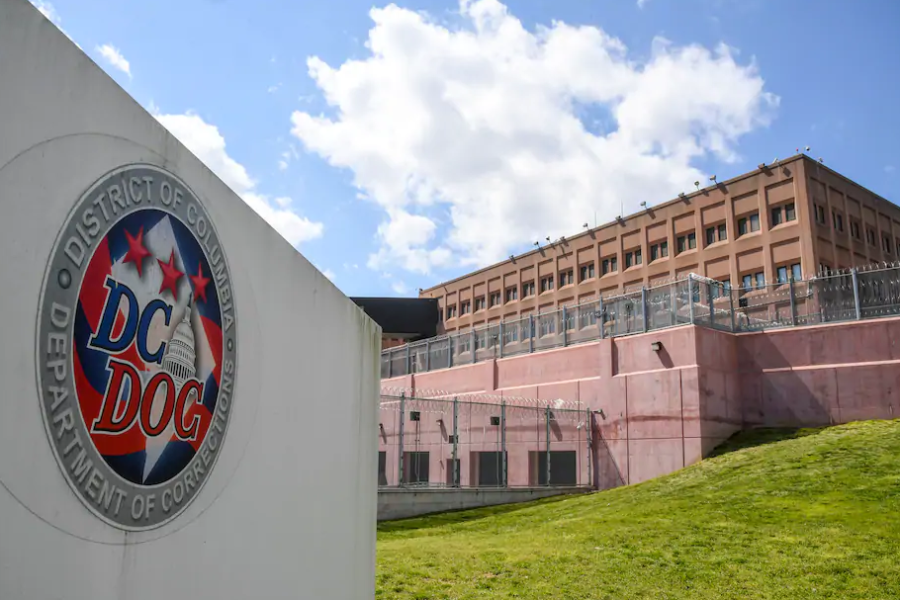 Addressing Systemic Inequities in D.C. Must Include Getting Reentry Right

The fatal police shooting of an 18-year-old man in Southeast Washington in early September provoked a wave of protests and calls for change, with members of the community expressing deeply felt anger and frustration with police practices in communities of color.

And while the killing of Deon Kay is now the subject of an investigation, and many details of the incident are still unknown, it is clear that D.C. is now engaged in its own debate over issues of social and racial justice.

No matter the outcome of the investigation, this kind of reckoning is long overdue in Washington, and it carries the potential to bring about meaningful reforms in police training, arrest procedures and other law enforcement policies.

But the conversation should not begin and end with the issue of reforming law enforcement. At a time when African Americans and Hispanics are incarcerated in overwhelmingly disproportionate numbers, we must take a harder look across a criminal justice system that appears singularly bent on punishing individuals instead of rehabilitating them — and providing them the tools they need to be productive members of their communities.

In many respects, the conversation about social and racial justice has been years in the making in D.C., where local advocacy groups, faith leaders and elected officials have struggled with the question of how to best break the cycle of recidivism that has torn apart families and communities.

It is a matter of enormous consequence. In a city where, every year, thousands of formerly incarcerated individuals return to their families and communities after long stretches behind bars, the availability of support programs to help former inmates reintegrate into society not only impacts the lives of the individuals themselves. It also affects families and communities that have lost generations of men and women to the criminal justice system.

For these men and women, their families and communities, the experience in Washington has often been disappointing. For decades, formerly incarcerated individuals had only one place to go to pick up the tools they need — from jobs training and counseling to housing — to rebuild their lives after serving time. But after a series of troubling reports exposing persistent problems and inadequate services for residents, that reentry program shuttered earlier this year, leaving D.C. without a single such facility.

In the months since, the Bureau of Prisons has laid out a new vision for reentry in Washington, starting with a brand-new, socially responsible residential reentry center in Ward 7. After considering different organizations for the important job of building and running this new reentry center, the Bureau of Prisons tapped CORE DC, the organization I founded and lead.

We were supposed to be up and running this fall, but regrettably, our plans have run into not-in-my-backyard opposition, including a last-minute attempt by Advisory Neighborhood Commission 7F to designate the property we intend to use as a historic landmark. To quote a prominent advocate at the Council for Court Excellence, a criminal justice reform organization: “It would appear that this application has nothing to do with historic preservation.” The advocate, Emily Tatro, told DCist that “a position seeking to limit use of this site is taken to the detriment of the mostly Black men returning home to D.C. from prison, who have not had a halfway house to live in since April.”

We take very seriously the responsibility of providing our fathers, brothers and sons the support they need to become productive members of their communities, and we look forward to working in close partnership with local officials, as well as the local community, as we get up and running.

CORE DC’s compassionate, evidence-based curriculum has been fine-tuned over two decades. When residents arrive at our facilities, they are provided case managers and social services coordinators who help them create an individualized reentry plan. We offer workshops ranging from résumé-writing and interviewing to how to navigate the latest job-searching platforms. Ultimately, residents work with a job-placement specialist who can help them secure meaningful employment at local businesses.

Additionally, amid the worst public health crisis in a century, it is critical that the new reentry program in D.C. is built with the highest standards of cleanliness and safety. At CORE DC, the health of our clients and employees is our top priority. Our state-of-the-art reentry center in Ward 7 will have enough space for our clients to practice social distancing without any disruption to the critical services on which they rely day in and day out. And we will enforce comprehensive sanitation protocols, from the frequent disinfecting of high-touch surfaces and shared spaces to strict rules about personal protective equipment such as masks.

I have seen firsthand how socially responsible reentry services, when done right, can help transform the lives of individuals who face the daunting task of returning to their communities after incarceration. And I firmly believe that these are exactly the types of forward-thinking solutions that can help communities achieve real, lasting change to an often overlooked part of the criminal justice system.

Now more than ever, D.C. has a chance to harness the strength and courage of those taking to the streets in the name of justice to tackle systemic challenges that have gone unaddressed for years. Getting reentry right will be a major step in the right direction.